The NLP Experience – The Four Experiences, part one

If someone is going down the wrong road, he doesn’t need motivation to speed him up. What he needs is education to turn him around. – Jim Rohn 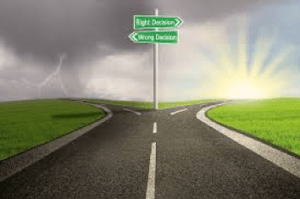 For the best part of my life I didn’t know what NLP was, I also didn’t need any motivation to speed up, because I was sprinting down the wrong road as fast as I could. See, up until not too long ago I believed that life was a two way street, either, you revel in blissful states of nirvana or you skirt with the depressing depths of despair.

Maybe, because I lived most of my life in the latter rather than the former, the depths of despair became my reality.

Before I get into what NLP is and how it helped change my direction – picture this – Let me rewind 32 years, I was born into a country at war with itself and others, a series of unfortunate events would follow, starting at 2 years old my Dad walked out on the family. Then a lifelong Neurological condition, football career brutally ended before it begun, sudden and tragic losses to family and friends, coupled with a lifetime of poverty, hurt, anguish, pain, alcohol and drugs devoured any positive outlook I had on life and nourished the demons within my mind.

I felt alone. I didn’t want to be in this putrid modern hell, and in fact nobody asked me if I wanted to be here. I felt like I was brought into this depressing world against my will. I could only see the negativity in life, and my demons were feeding off of my fear.

I was suffering, I was becoming addicted to anything that would take my thoughts away. The drugs and alcohol were my only caveat, a suffocating bluebottle in the proverbial ointment, to keep me grounded and immune to real joy.

I took responsibility, I stopped blaming external experiences for who I was and started to create who I wanted to be. I unearthed the most valuable resource from deep within my inner treasure chest.
I became like a child again, fascinated with everything. In particular, fascinated with Personal Development. I found an outlet for my mind through, Personal Development, Personal Growth, and Self-Actualization. 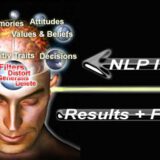 To try encapsulate NLP in one sentence I would surely do it an injustice, nonetheless I will give it a shot – Neuro Linguistic Programming is a study of subjective experience.

Dr. Richard Bandlers‘ definition as it appears in Oxford Dictionary

(esp. Patterns of Thought) AND

A system of alternative therapy based on this which seeks to educate people in self-awareness, effective communication, and to change their patterns of mental and emotional behaviour. 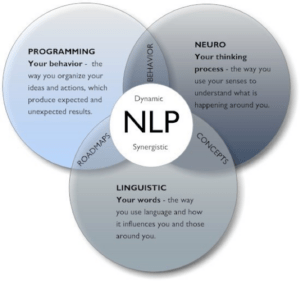 Little by little, the more I studied and learned of NLP, the more I started to repurpose my roadmap to a sense of exploration. This sense of exploration and curiosity led me down a new road. I found the education to turn my life around with NLP World, Terry Elston and the 7 Day Practitioner Training Unfortunately I could never possibly unpack the 7 Day Training into one Blog Post, I would surely do Mr. Elston and NLP World a massive wrong-doing if I tried to do so.

There is an old Irish proverb that says:

Say a little and say it well