Women on the move by Wesley Kew

I never understood the association between glass-ceilings and women. On many occasions this has caused me to appear ignorant, initiated the odd disagreement and lead to me being branded with plentiful ‘–isms’. For a long time I even began to believe these labels and at times lived this model of the world.

However, as I grew older and took a deeper look at my views of the world, I felt offended when called a sexist or chauvinist. It simply was just not true, but this was my feedback, thus I needed a closer look at my gardening routine. Soon I become aware that many derogatory comments were born out of my pain and desire to get attention from the continually busy super women in my life.

Delving deeper into my limiting beliefs, it occurred to me that the majority, the overwhelming majority actually, of females I had encountered in my life were SUPER-WOMEN. They took no shit from anybody (least not from men perpetuating archaic stereotypes and feelings of entitlement). 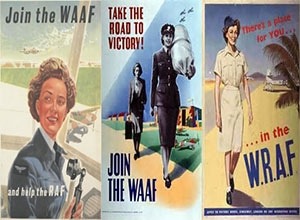 Many great, confident and capable women rush to mind, but for now I shall focus on my Grandmother who at the ripe old of age of 16 ran away from home, to join the war effort during the second Great War. She lied about her age and may or may not have forged some documents allowing her to enter “hell”. She would often regale me with her experiences in the WAAF (Women’s Auxiliary Air Force), quick to highlight that male pilots often only flew one type of plane, “whilst the highly distinguished and capable members of the WAAF needed the skill to operate many planes…and many other mechanical processes”. All the while being paid much less than their male counterparts.

My Gran has gone on to represent South Africa (Squash) winning many national and international titles, not to mention receiving two awards for grass roots youth development from the late inspirational great, President Mandela. Now a youthful 92 years old, she still coaches 4 times a week and runs many development programmes for underprivileged youth. Added to this her daughter, my mom, has gone on to flourish in a male dominated corporate environment. One simple rule dominated “there is nothing a man can do that a women can’t, however, there are a few things that women can do that men can’t”.

Bar some physical differences, that ultimately equal themselves out in the long run, women and men share more similarities than differences. Basically, women who lead from the front and never limit themselves surrounded me. Teaching me that the only limits that surround women are those taught to them by their environments. I had ingrained this belief and thus held men and women to the same standards.

Later in life I learnt that women would often become offended when they were not treated like a lady or did not receive special treatment on account of their sex, especially in the business realm. So did I truly deserve my labels? Please don’t confuse chivalry and romance with the business world and logic. They are two separate beasts that both require special training and attention. 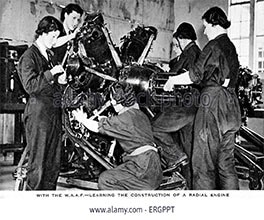 Thus, It is vital that both men and women become more conscious of their language, the self-fulfilling prophecies they perpetuate and their personal limiting beliefs especially in front of children. It is here that MEN and WOMEN must take responsibility for the so-called societal stereotypes, perpetuated via snide remarks and pathetic jokes, both at home and work. Einstein highlighted that if you judge a fish by its ability to climb a tree it would live it’s whole life believing it is dumb. Both men and women are guilty of perpetuating these archaic states of mind; from a young age children are inundated with such language and ultimately classically conditioned like Pavlovina dogs.

I truly believe in a universe where men and women are equal sentient beings. Yes, this may be a highly idealistic view, but is it not the best place to begin? Limiting ones own beliefs is a slippery slope. History has provided many examples of extraordinary women and I’m thankful that I believe, women are as capable as men…so why don’t you? And if so when did you decide this?

In closing, at one time not to long ago ‘the few’ ruled over ‘the many’ in South Africa, attempting to convince the many they were sub-human; and that there was nothing they could do to change that. In 1994 the continued efforts of many culminated in the oppressed being recognised and accepted as equals. That is how some become great; they stand for something when many loose hope, never losing sight of their ideal…even in the face of death!